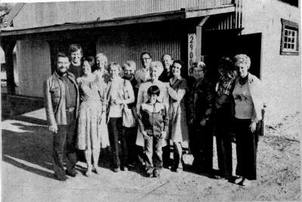 Saint Thomas of Canterbury Episcopal Church was founded in January 1980 by ten individuals who wanted an Episcopal Church in the Temecula Valley, which at that time was a sparsely populated, mostly rural, community. Worship was centered in Rancho California, which later became known as Temecula.

Parishioners began by meeting in each other’s homes until they found space in an old tin building in Temecula, originally calling their congregation St. Timothy's. Later they decided to rename the parish St. Thomas the Apostle, and were granted mission status in 1985. Finally, in 2002, the name was officially changed to St. Thomas of Canterbury. Father Jim Gunn, the Rector of St. Andrew’s in the nearby town of Lake Elsinore, conducted the early services. 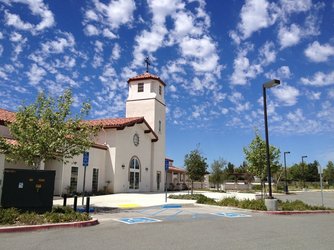 In the ensuing years, the church moved to many locations including a Catholic church, the water district offices, a school auditorium and two commercial buildings, including a storefront. In the mid 1980s, it was decided that a place of our own was needed. A piece of property was purchased and a building committee was created.

In the following years, this property was sold and other building committees were formed. In 2005 the church school was established.

Finally — after almost 25 years of dreaming, working and praying — we bought our present property, and plans to build our own church were at last realized. In 2009, the church completed construction on this beautiful building which houses both the church and school.